A Brief History of the Hynes D.E.S. Hall

In the latter part of the 19th century, Portuguese immigrants came to the United States. Although many of them settled in New England and the east, a significant number, predominantly from the Azorean Islands of the North Atlantic, came to California. Here they found rich, arable land, water, and mild weather that allowed them to continue their agrarian culture and thrive in this new environment. As well as their industrious nature they brought with them their religion and culture. Predominantly Catholic, they soon re-established their celebration of the “Divino Espirito Santo” or the Holy Spirit.

Many of the Portuguese immigrants settled in the area now known as Paramount. Originally Hynes and Clearwater, the towns were home to a number of dairies, which in their heyday had 25,000 cows. The unincorporated community of Paramount was created in 1948 when the United States Postmaster General ordered the merger of the post offices of Hynes and Clearwater. The name was taken from Paramount Blvd., the main north to south surface street extending through the city.

The first recorded Festa was in 1923 when a tent was erected and a wooden floor brought in on which to place tables to eat. The queen and court would parade around the block and mass would be celebrated in the tent. Later, a natural association with Our Lady of the Rosary Church evolved and the current parade route was established. The traditional “sopa” was cooked outside in large pots and the Festa lasted Saturday through Tuesday. 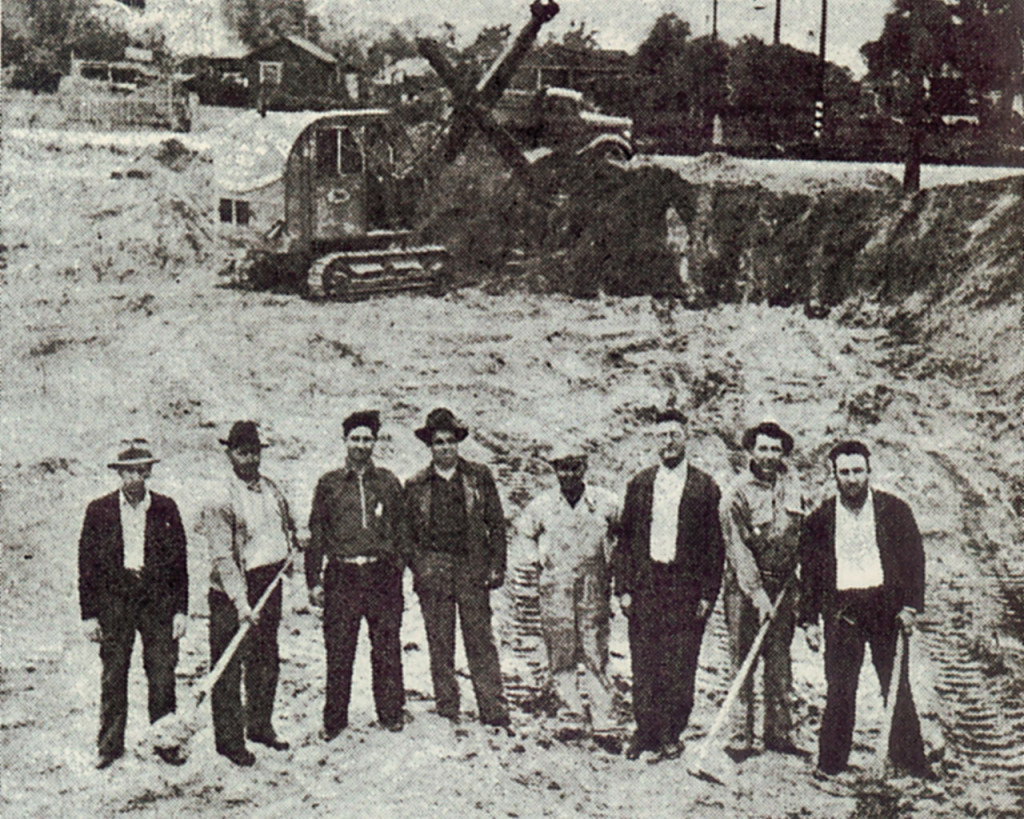 An annual auction was held at a local sales yard in Artesia. All of the proceeds raised from this auction were used to fund the Festa. As the Festa grew, the community rented the “Cowboy Hall” for their dances. In those early years, the Festa was held across the street from the location of the current Hynes D.E.S. Hall. In 1937 the local Portuguese population rallied together and raised $10,000 to buy the property on which the current hall now stands.

Early Festas in the Hall were accompanied by a carnival, which would include a Ferris wheel and games. Now that they had their own space, they held their dances on-site and Manuel Paine and his dance band would often be the main attraction. The event would be attended by virtually all of the Portuguese population and a fair number of the local community, seeking some respite from the arduous work of dairy farming and raising crops.

This peaceful existence was sadly interrupted by the start of World War II. Many young men of Portuguese descent joined the armed forces and went away to war. But the war came to Hynes as well and the Hall was rented to the military. In 1943 and 1944 anti-aircraft guns and searchlights, were placed in the parking lot. One calm night, the searchlights flashed on and several rounds were fired into the sky. According to Charles Paine Sr., who lived next door, the noise was deafening and frightened the population for miles around. It was never determined if enemy planes had been spotted, but the military was confidently prepared.

When the men returned after the war, there was a period of time when things went back to normal and the hay and dairy industries flourished. Many soldiers had seen Southern California and were eager to leave the east; with its harsh winters and crowded cities. The booming aircraft industry needed workers and business and real estate speculators followed.

Since the Paramount economy was based largely on the hay and dairy industries, the high cost of land led to their local demise. The last Paramount dairy closed in 1977. As the dairies left a large number of the Portuguese dairymen left as well. First to chino, Corona, and other areas in the Inland Empire, then as those areas became populated, the San Joaquin Valley. The core of that Portuguese community remained and is the basis for the current Hynes D.E.S. community. 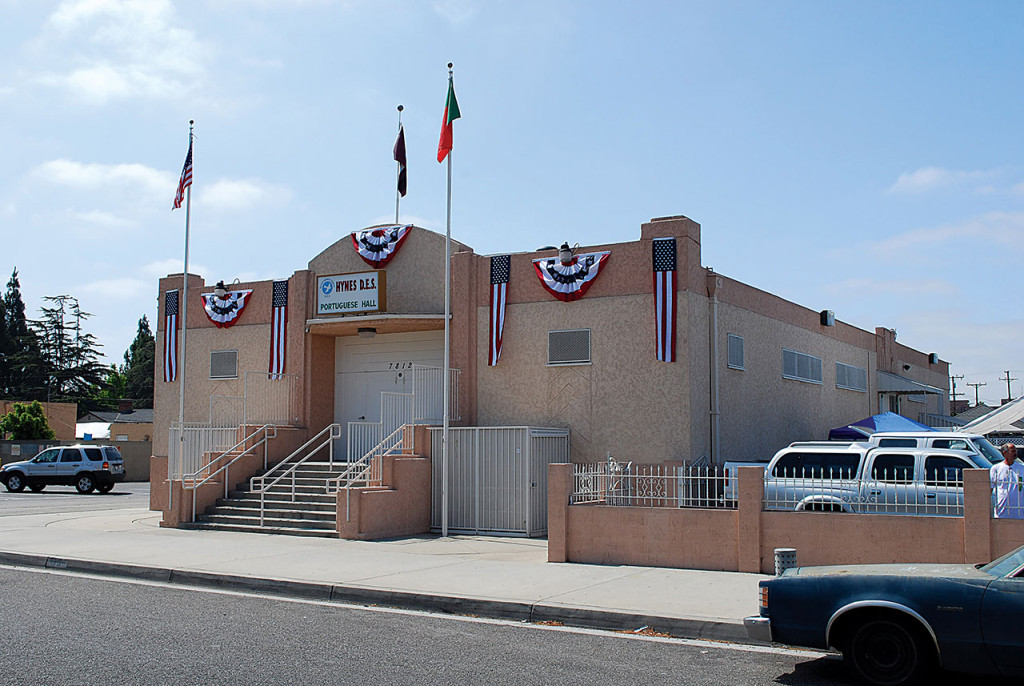 In the 1980s and ’90s, the City of Paramount took a serious look at redevelopment and the Hynes D.E.S. Hall was one of the premier structures to be enhanced. It was refurbished with a new exterior and a wall around the parking lot. The interior, with relatively few significant changes, still retains its mid-century charm and grace, yet annually serves hundreds of participants in its annual Hynes D.E.S. Festa on the 4th Sunday in June.

The Board of Directors continues to approve upgrades and amenities to the Hall and considering its long and remarkable history it remains a strong, attractive, dedicated home for our local Portuguese community.